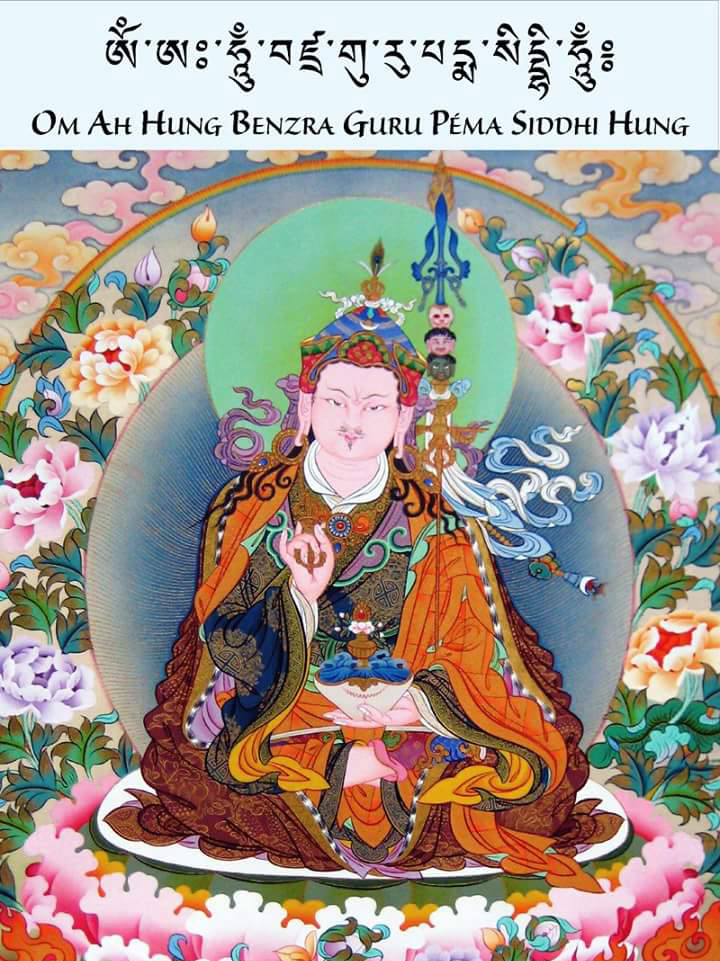 BENEFITS OF THE VAJRA GURU MANTRA:

“For the practice of approach it is generally said that one should recite the mantra of Guru Rinpoche 1,200,000 times. If we can accomplish these 1,200,000 recitations, it is said that we will receive the blessing of Guru Rinpoche. It is also said, “With ten million siddhis, you will reborn in a place of vidyadharas.” This means if you recite the Vajra Guru mantra ten million times, you will be reborn in a realm of vidyadharas. It is even said that if you recite the 1,200,000 accumulation seven times (8,400,000), you will become the same as Guru Rinpoche in this very life. By reciting the mantra ten million times (literally ‘one hundred times one hundred thousand times’) you will reach the stage from which you can never turn back. So the benefits of reciting the Vajra Guru mantra are truly inconceivable.”

If you wished to practice the Vajra Guru mantra then it is important to first either receive the initiation or transmission (lung) from a lineage master for this mantra.

If you wanted to receive this in way of video call or in-person from the Padma Rigdzin Ling Buddhist Temple, then please contact us.